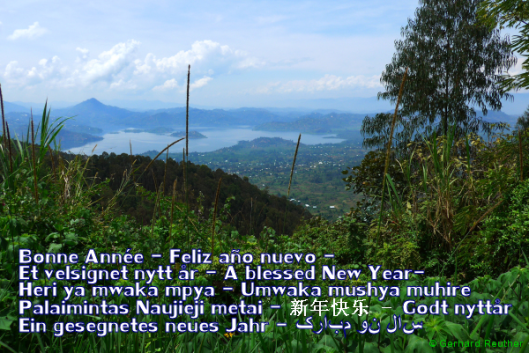 It is time again to thank all those who have supported our work over the past year: So heartfelt thanks!
With your help and the commitment of all members of our Ecumenical 1World-Circle, parishes from Central Germany, who support our Rwanda project financially through the 2% appeal, the „Künstler für Kinder“ (Artists for Kids), the schools „Evangelische Grundschule Eisenach“ (primary school) and „Albert-Schweitzer-Gymnasium Ruhla“ (secondary school), the companies „Decker communication GmbH“ and „mm1“, and the Lions Club Gotha, we were able to help alleviate the plight of people in Cameroon, who have become victims of the ongoing conflict in the English-speaking region of Cameroon, and to help many children to get an adequate education, vocational training or study.
At present, 57 children and young people are being supported by 58 sponsors through our education programme in Rwanda. Just a few days ago we were able to find sponsors for a girl.
So the new year is off to a good start for our work and we hope that we will be able to support many young people again in 2020.
For this we need you, the established sponsors, as well as new sponsors in all countries of this ONE WORLD.
We have only this one earth and we hope that with your help we can strengthen the awareness among the people that only in mutual help and responsibility we have a future in more peace and justice in the world. 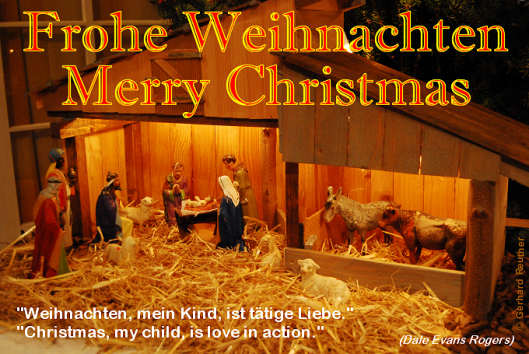 mm1 – the Consultancy for Connected Business has decided this year for a matter of the heart and supports our education project in Rwanda with its Christmas donation of 2.500€.

Christmas is approaching and the mailboxes in our country are being flooded with donation appeals from all kinds of aid organizations and associations. Some are known, others not. The overview is quickly lost.

We are happy and thankful that the company mm1 has given us their trust and has given us a Christmas donation this year!
With the money we can e.g. support a high school student from poorest circumstances, for whom we have not found a sponsor yet. Otherwise she would have had to leave school and would be in a hopeless dangerous situation without any degree.
This is just one example of how we can help with donations.
Incidentally, it has been confirmed that oral advertising for our project has the greatest effect. That is why we do not use cost-intensive advertising and glossy booklets, nor do we waste money on fundraising galas and similar activities.
We thank all sponsors and donors who have supported our work in the past year.
We wish you and our readers a merry and blessed Christmas and a protected year 2020.

Pastor Gerhard Reuther, founder of the „Ecumenical One World Group“, had his first encounter with the Gotha Lions Club chapter at a benefit event held at the barock Eckhof Theater.
Lions International is engaged in identifying and supporting circumstances where a psychological and/or financial need exists, irrespective of race, greed or religious orientation.
The Lions Club was founded in Chicago shortly after WWI with an intent to meet humanity’s need for a unified public spirit of brotherly love.
Since then Lions International has grown to some 46,000 clubs with over 1.4 million members. Germany currently has 1,517 clubs with a membership totaling 51,030. The Gotha Chapter was founded in the 1990s and has 36 participants to date.

Since meeting Pastor Reuther, Lions Club Gotha has continued it’s interest in the educational fostering activities of the One World Group. This culminated with their recent donation of 2,000 Euro, which came at a particularily pressing time for the appreciative recipient.
Approximately 20,000 Euro is generated annually by the Gotha Lions through a variety of fund-raising activities. For example, as the holiday season is upon us, the Club will be selling it’s famous, original recipie „fire-punch“ to elevate spirits with hot spirits of the many Christmas market visitors. This is just the impending Christmas event.There are many other venues throughout the year where the Lions are present, and, all in the common good for the betterment of mankind. 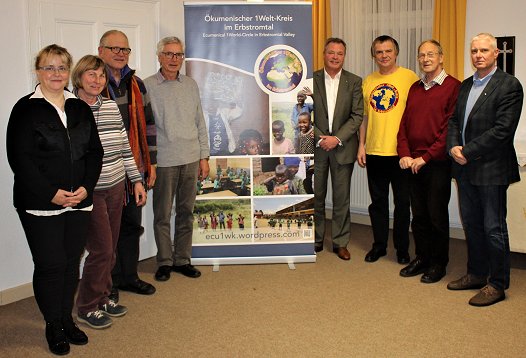 Members of the 1World-Circle and the Lions Club Gotha on the day of the donation handover in the parsonage of the Protestant parish Ruhla.

Now, thanks to the Gotha Lions, the Ruhla based One World Group belongs to this priviledged circle of recipients and therefore proudly continues it’s educational support for it’s impoverished and disadvantaged Rwandan foster children.
Many children in Rwanda go many years without any exposure to an education. Since 2007, under the umbrella of the Ruhla Evangelical Church, the OWG has acted in active support of this project. OWG is an inter-denominational alliance. Several of the local citizens have stepped-up to be foster parents. On the simple prerequisite of volunteer support, these Rwandan children are afforded broadened horizons through an education…somethiing we take for granted.
When special circumstances arise, such as required medical attention or financial emergency, the OWG maintains a donor supported general fund. A project social worker is in country and manages the financial affairs and regular visitations.
In January 2020 Pastor Reuther, along with two foster parents, will once again travel to Rwanda to meet with local partners, foster-children and the on-location management.
Next year Pastor Reuther will be the guest speaker at the Gotha Lions Club meeting. He will share his findings and reflections since he will have just returned from Rwanda. 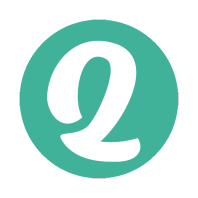